Make us your Pick.

Proud Partner of the Philadelphia Eagles

Real. Simple. Honest. Because transparency is everything. 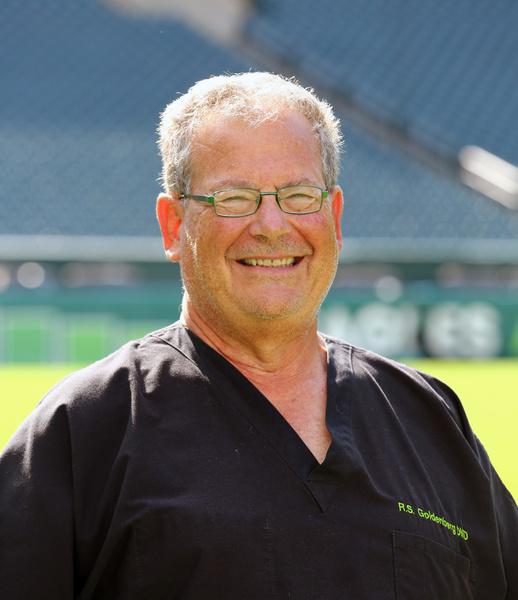 Dr. Goldenberg is a resident of the center city since 2006 and is excited to be associated with Walnut Street Smiles after having practiced in Delaware County for over 30 years.

He is an avid golfer and enjoys traveling with his wife, Susan. They are the proud parents of three daughters and grandparents of six.

Born in Philadelphia, Dr. Volinsky attended the University of Rochester from which he graduated with honors in two major disciplines and then received his dental degree from The University of Pennsylvania. Immediately following graduation, he was appointed Clinical Associate in the Department of Restorative Dentistry at Penn and both lectured and instructed students at the clinical level. In 1984, Dr. Volinsky received the distinct honor of being awarded both clinical teaching prizes given by the student body, in recognition of his skills as an instructor as well as his devotion to the welfare of his students.

Dr. Volinsky has managed successfully nearly every dental problem which a patient can present. He was, due to his academic standing as well as his natural inquisitiveness, present at the very beginnings of what became the foundation of modern restorative dentistry. He was among the first in Philadelphia to institute specific innovative techniques of restoring patients’ ability to function properly and efficiently as well as to dramatically improve their smile, treatment modalities which are now universally applied.  He was and is known and respected for his unceasing devotion to the health and welfare of his patients, each of whom he treats as individuals, recognizing the specific needs of each person with respect to dental needs as well as personal preferences and desires. This humanistic and altruistic approach served his practice for forty years and he has become a known fixture in the “neighborhood”, always willing to go the extra mile for his patients. He very much looks forward to providing this classical form of healthcare for many years to come. 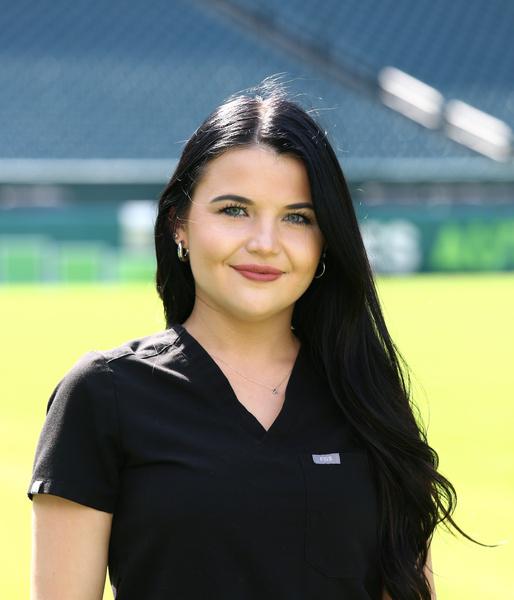 Was born in Ukraine and raised in Philadelphia, PA. She graduated from Manor College majoring in dental hygiene where she was presented with the Hu-Friedy Golden Scaler Award which honors the outstanding achievements of dental hygiene students. Andriana strongly believes patient education is the foundation of good oral health, and she strives to make sure her patients feel comfortable, informed, and educated about their treatment. In her spare time, Andriana loves to travel as well as spend time with family and friends. 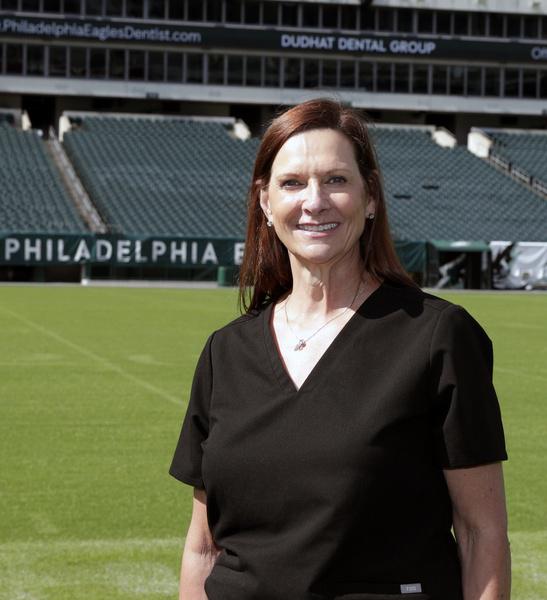 Lives in Manayunk with her husband Dave and their chihuahua Ted. She has 3 grown children and 2 grandsons. She has over 30 years of customer service experience. She spent the first 10 years of her career working at one of the largest orthodontic laboratories in the US where she discovered her passion for dentistry and patient care. She is a member of the American Association of Dental Office Managers.

She loves to assist patients in obtaining the treatment they need at the best value and believes everyone should have a smile they love to share. She loves the Eagles, all Philly food, and knitting for her loved ones. 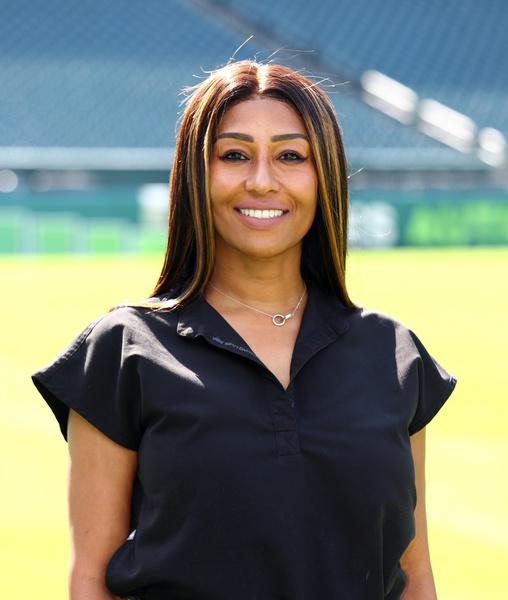 Rihab was born in Sudan and moved to the US in 2000 where she discovered her passion and skill for dentistry. Rihab graduated from Harcum College and holds a license as an Expanded Functions Dental Assistant.

In her free time, Rihab loves spending time with her 3 children, painting or traveling the world, and learning about other cultures.